Revisiting An Old Friend... and Getting It Right 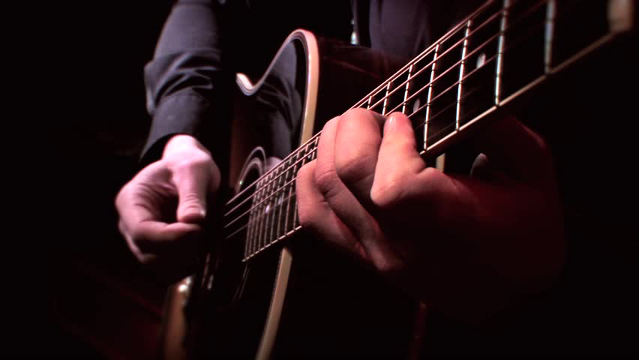 Photo courtesy of shawn on Videezy


This is something of a funny cautionary tale that involves budding skill, self-doubt, growth, and time. Oh, and perhaps stubbornness.

Back in the early 1970s, at the start of my guitar life, I somehow developed the impression that any guitarist who I heard on stage or records could play virtually anything, any song. This fallacy was probably brought on by the fact that I had limited access to concerts and musical TV shows to draw experience from and limited playing partners. In my semi-isolation I often had to figure out the techniques and playing I heard on recordings entirely with my own ears and hands. Because of my inexperience, my analysis or songs and my solutions to playing them by ear were often painfully but comically complicated. For instance, I learned how to reproduce one song by myself that sounded really, really complicated. I later discovered that I was simultaneously reproducing two parts played by two guitarists, one fingerpicking and the other strumming. No wonder it sounded so complicated! And here is where my superhuman guitarist notion developed: After I came up with my complex estimate of how the guitarist on the record played a song, I often thought, "If this guy can play something this tough every night he must be superhuman." I’ll admit that it took a while to disabuse me of that notion but it did happen as my listening and playing skills grew. In fact, several years later, somewhere around the time I made it into a really good, I mean really good band, I had begun to see a couple of things:

As a result, if you can get inside the head of the player, you can usually figure out how he designed his parts to be easy for him!

But some of my youthful misperceptions persisted, which finally brings us to the subject of this post, a song from the 1970s that I attempted to learn many times but failed at repeatedly. We are talking about John Denver’s 1975 hit, “Looking for Space.” This beautiful, optimistic, yet poingnantly yearning song was one of my favorites by John in the mid-seventies. Don't ask me how ever-lovin'-blue-eyed John Denver fit in right alongside the worldliness of the Allman Brothers on my pallete but somehow it did. Maybe it had to do with the fact that in August of 1973 I took a Super Scenicruiser bus across the country to visit Colorado and the Front Range of the Rocky Mountains for a week. When I arrived back home in Tennessee my parents had thoughtfully bought me John Denver's latest album, Farewell Andromida, and I promptly fell in love with his music. "Far out!"

But back to the song: That simple little walk-down intro at the beginning of "Looking for Space" had me baffled in my early years because it contained some funny inversions. Specificially, the bass notes were an octave above where they should be. The song is set in C sharp and played by capoing at the first fret and playing in C. Taking my six-string firmly in hand I listened to the parts and tried to make the same sounds. Let’s just say that in my inexperience, what I played didn’t sound exactly right no matter how I tried. Eventually I sought out another player who really knew John’s music. He confidently demonstrated on his six-string exactly how to make the pattern happen. Well, sort of. He could make it sound nearly right but the way he pulled it off was incredibly complicated. I showed him what I’d worked out and he said, “Does it sound right?” I answered, “No.” He said, “Well there you go. You should do it my way.” So I discarded my way and meticulously reproduced my friend’s way of playing the intro and then began working to make it feel comfortable. Sadly, it just never became comfortable to the point where I ever felt I could reliably reproduce it every night in a performance. Not even after years of flogging myself. 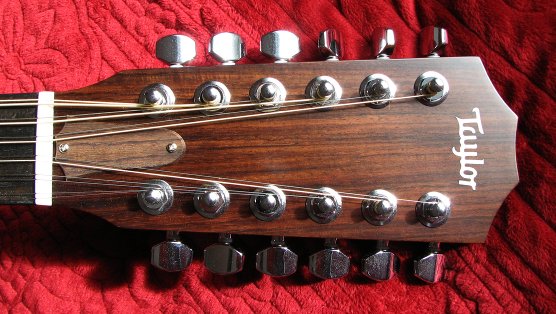 But recently, after forty years of glorious failure I had a breakthrough. Um... I know, I know. You are saying, "That’s a long time… a long time, especially for such a simple ditty." The breakthrough started with two items: Firstly, I got a twelve-string guitar, the type of guitar that was used for that intro in the first place. Secondly, and much harder, I quit trying so hard to get the song to sound right. A few years ago I acquired the guitar, a Taylor 354ce, and reviewed it, HERE. In the interim my ear had matured to the point where I figured out that John had used a twelve-string guitar to play the tune. Recently when the song came back to mind I pulled out the right guitar and tried playing the intro the way my friend had showed it to me. No joy. At all. In fact, it was just as awkward to play as it had ever been and it sounded even less accurate than it had on the six-string to boot. Nevertheless, I worked on it dutifully (bull-headedly?) as I had for years, trying to make my friend's interepretation work for me. When I was finished being unsuccessful once more, I decided to just relax and play and sing the song to myself for my own pleasure, as a reward for all my toil. To make things easy so that my playing wouldn’t distract me while singing, I fell back on the simple C chordal walk-down that I had created forty years ago. Here is that walkdown: 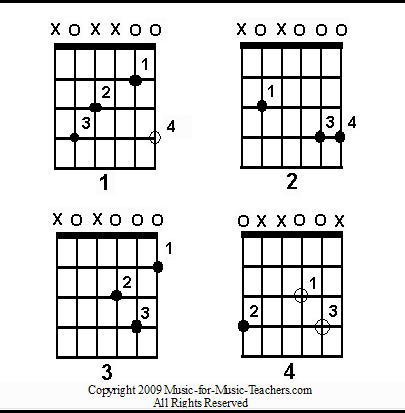 I casually fingerpicked the eighth notes over the four positions and then I added in the final walk-up return to the first chord. Guess what? When I played my original pattern on the twelve-string, all the little octave pitches forming the unexpected inversions turned out to be supplied by the octave strings of the twelve-string guitar. The original, recorded arrangement of the song just fell right out of the guitar.

Surprise! The key to finally figuring out the song turned out to be the philosophical logic mechanism called “Occam’s Razor,” which basically states, 'The least complicated solution from among those available is typically the best.' In this case, the simplest playing method, the only one I could figure out early in my career, turned out to be the method the original artist used to play the song in the first place, and the goal I had sought from the start!

So now I am able to play this lovely tune easily for the first time after hearing it, yep, some forty years ago. Now about all those years of wasted effort...