The Musician's Room: The Battle of Britain, 1940 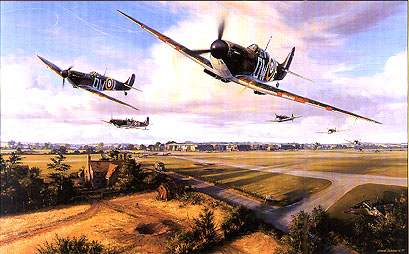 The Battle of Britain represents one of the most fascinating "David and Goliath" struggles of history. Massively out-manned and out-gunned, the home island of the United Kingdom stood alone against the most successful European conqueror of all time. All that stood between the German war machine and conquest of Britain was a small group of fighter pilots led by Air Vice-Marshall Hugh (Stuffy) Dowding. With prayer, fortitude, and sacrifice, Britain did survive.

Here are links to some interesting sites on this theme: